I have mixed feelings.

By next Monday all three my boys are back at school. I have mixed feelings about that. Not so much about their risk of covid exposure or getting up when it’s still dark outside or the tiring afternoon school runs. (So many things we were comfortably protected from during the last four months of lockdown.)

I just feel somewhat unsure whether my main emotion should be selfish bliss (to finally have the house to myself again), relief on their behalf (about being educated by a real teacher again), slight embarrassment (about my kids’ covid-resulted decrease in social skills), or familiar guilt (about not fully utilising this home bound period to really spend that quality time with them, which I’ve always longed for). Probably guilt. It’s always guilt when you’re a mom.

When lockdown started, I was secretly enthusiastic about my overdue plans to play with the kids for hours.

The reality was much different. Much.

The quality family time stayed on the list, but never actually made it to the top.

Looking back over the lockdown period now, I realise that as much as I long to speed our lives back to the main track again, so much do I also long to pull the brakes. I would’ve liked more time. I know that fate offered me possibly the best opportunity ever at “extra time”, but I kept getting sidetracked. It’s all very confusing. Instead of doing things with my kids, I constantly felt the need to “get things done” instead. The opportunity to create fond memories of our lockdown time together was dangling right in front of me. Yet I always seemed to rather opt for sitting down and eating the chocolate brownies, instead of reaching for that carrot.

Needless to say that I’m a little disappointed (but just a little bit) that my kids are now all returning to school.

So, thank goodness for load shedding.

As the lights went off, my bulb came on. Maybe lockdown didn’t set the board for game time with the kids, but load shedding sure does. I round them up. 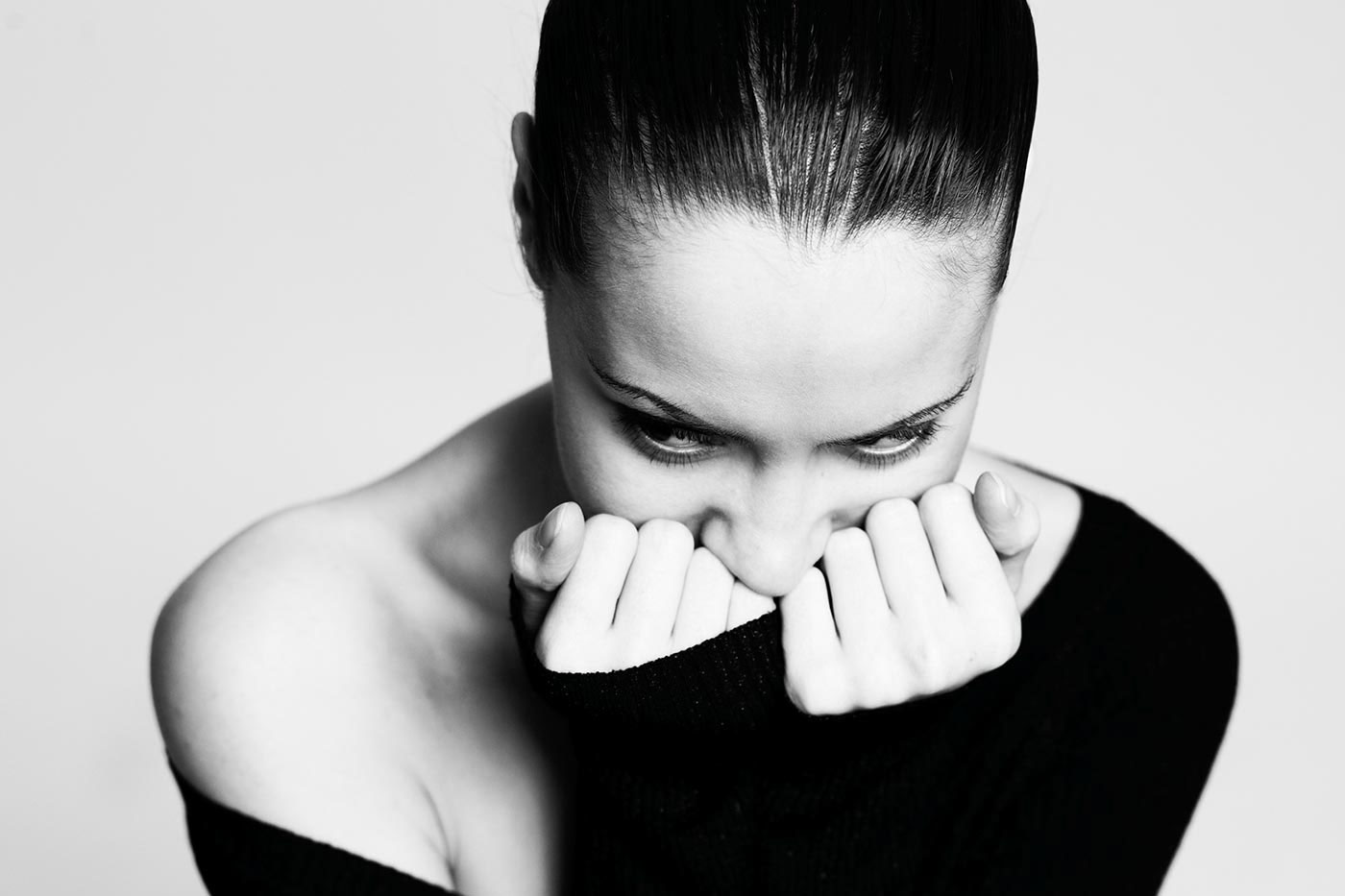 We start with Twister. It requires that they listen to instructions about left / right hands and feet – placing them on coloured circles. All my kids very well know their lefts from rights, and their rights from wrongs, but apparently not when in awkward positions in such close proximity to one another. The middle one’s elbow is poking the eldest in the back – just because he can blame it on the game. The little one wants to put his foot on the red circle. I didn’t call red. Also, his brother’s hand is already on that circle. The little one’s bum is too close for comfort to the middle one’s face. The eldest is on all fours. The little one cannot resist the temptation, abandons the game, and jumps on his back. In an ideal world, this would turn into a playful wrestling game between loving siblings. In my real world, it turns into fits of screaming about personal space and doing things on purpose. I call it quits.

The middle one wants to play giant Jenga next. The little one wants to build the tower up to his nose. The first two rounds are remarkably peaceful. The eldest one gets upset about everyone else’s choice of block to remove, because they’re not applying enough strategic thinking. The little one is upset about it taking too long to be his turn. As a result, I lose my turns and am designated to hold the tower steady. I try to explain that the aim of the game is to build as high as possible without the tower falling over – and my holding it is actually cheating. They don’t hear a thing I’m saying. It requires some mom-practiced sneakiness to slightly move a few blocks to stabilise the construction while they are focused on rapidly building the tower higher. This building mission is epic. We reach chin height. I slowly remove my hands to marvel at the creation. The youngest can’t contain himself and impulsively kicks it to the ground. It was a split second before it would’ve tumbled down anyway. Everyone is shattered. I buy peace by offering to pick up the blocks on my own and allowing the eldest to not play anymore.

We change to a game for younger kids, where we draw cards and build sandwiches. It takes great memory skills and swift hands to manipulate the game in such a way that they each win equal amounts of rounds. Despite my best efforts to keep them both winning, the middle child’s golden heart is aching about my lack of points. To make things more difficult, the little one gets overly excited and grabs the cards he needs to win from my pile, because “sharing is caring”. While they argue, I forge their hands to win a round. The middle one is suspicious. He is also happy for me. He is also clearly disappointed that his good luck ran out. The little one declares that we’re actually a team and that he won with me. He starts singing a victory song on repeat. The middle one’s happiness-for-me turns to annoyance. He stomps off to the loo – to probably never return.

I’ve lost two players and am stuck with only the little one. So much for family game time. He wants to play giant pickup sticks. He takes a few stabs at the cat with his “tiny sword”. He insists on sorting the sticks according to colours before we can start. I sigh at the moment of peace – an educational opportunity, plus time to finish my cold coffee. (Now, THIS is winning for me.) We finally get to start the game. I explain the goal. One would expect that his tiny fingers would offer an advantage. Yet, the entire pile moves with every stick he touches. I subtly refer to the rules of the game again. He picks up the cat and puts him on top of the pile. I guess that’s the abrupt end to another game. I don’t have the energy to reprimand him for his lack of sportsmanship.

We go jump on the trampoline instead.

Suddenly they’re all interested in joining again. It actually rarely happens that I jump with the kids. Although it’s a large trampoline, they just can’t seem to keep to their allocated corners, and (like playing) they literally want to be on top of me here too. The eldest can’t resist to double-bounce the middle one. He lands halfway off the trampoline – on the soft padding. Yet, the screams indicate agony. I remove myself from the chaos and go sit on the swing.

They all want to swing. There are only two swings. I convince the little one to push me instead. The middle one is too big for my lap, but needs to get on it. The little one starts shaking the swing, instead of pushing it. The middle one tells him that “jealously makes you nasty and nastiness makes you fat”. The little one is upset, because he doesn’t want to be fat. I get off the swing. The little one immediately gets on before the middle one takes my spot and insists on being pushed – while he is standing. I gently push him with my foot. He wants to go higher. I tell him to sit down first. He insists that he is holding on tight. I push a little higher. He wants to go much higher. I ask him to sit down or I’ll stop pushing. He bends down. I tell him it doesn’t count as sitting. He insists that it does. I tell him to push himself if he doesn’t want to listen. I love it how one can use moments like these as teaching moments, as well as a ticket out.

I open the sand pit and invite everyone in. The middle one is excited. He loves building. The little one doesn’t want to get sand in his shoes. He doesn’t want to take his shoes off either. The eldest is too mature to play in sand. The youngest decides that he will take his shoes off if he can build a real dam with real water. The power comes back on. I offer to go fetch some water for the dam and disappear to go make coffee.

I watch the kettle intently, in order for it to take as long as possible to boil. I need to buy some alone time. I move my gaze to the kids in the distance. They seem to finally enjoy themselves – all three of them. For some reason, when I’m not there to direct the play or to catalyse their competition for my attention, they get along very well.

Maybe it’s not game time with mom they really need after all.